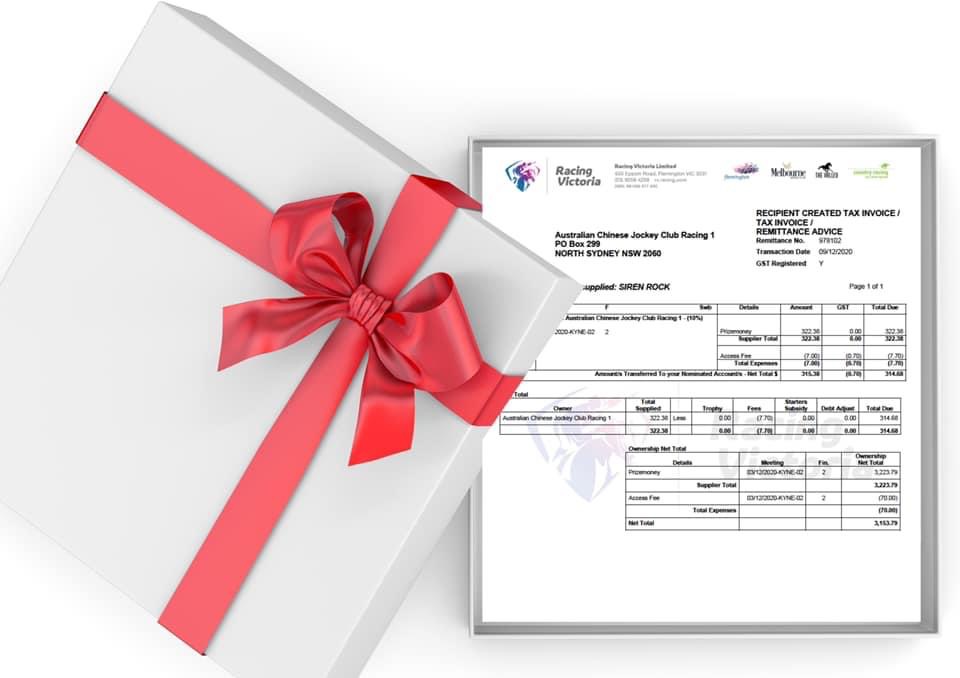 Posted at 05:01h in Racing Updates by acjc 0 Comments
0 Likes

Christmas comes early for ACJC. First cheque from the prize money earned by Siren Rock running 2nd at his first start at Kyneton arrived today. The 10% ownership in Siren Rock was gifted to us by our Corporate Member, Musk Creek Farm & Dealcorp as part of their sponsorship to the Club. The prize money earned by Siren Rock will go towards Members benefits – hopefully first of the many cheques to come. Big thanks to Musk Creek Farm & Dealcorp. 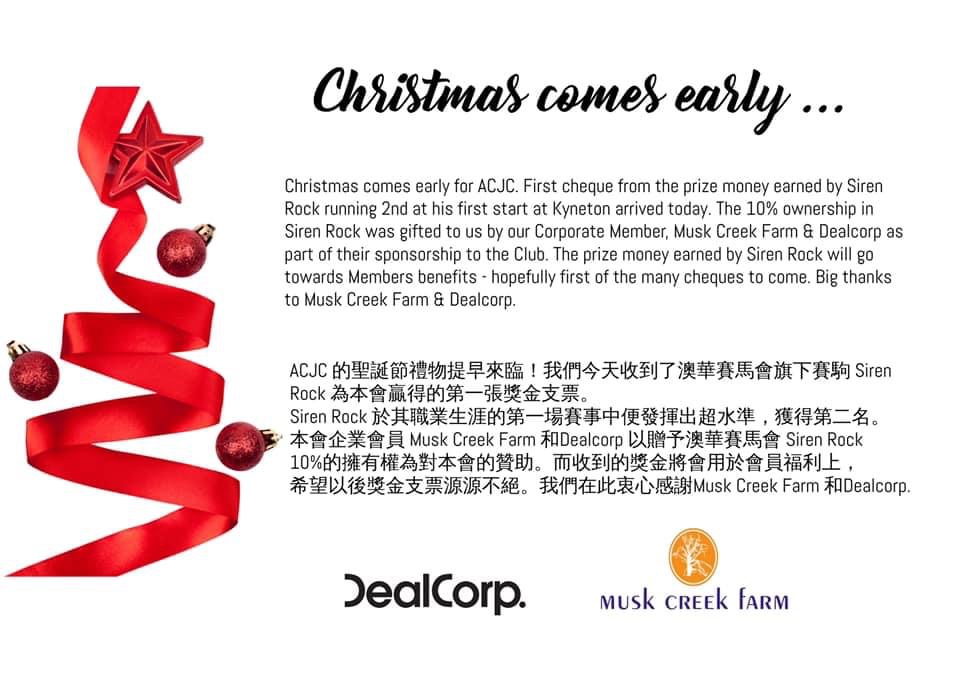 Sorry, the comment form is closed at this time.

Sorry. This form is no longer available.